The University of Toulouse III Paul Sabatier is among some of the oldest universities in the world along with Oxford University, University of Bologna, La Sorbonne and the University of Salamanca. The whole scientific disciplines in health, technologies and sport are taught at the University Paul Sabatier, whose size, scientific radiation, number of students, quality of its courses makes it one of the very best universities in France.
The university is structured in several Units of Formation and Research (UFR), Faculties and Institutes, account nearly 28000 students, 2000 professors-researchers, 600 researchers working for national organizations of research and 1300 Engineers. 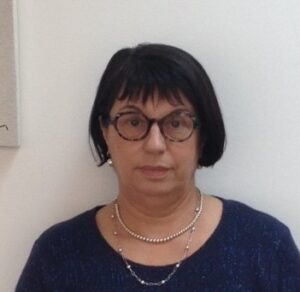 yse Gouygou is Associate Professor at the University Paul Sabatier of Toulouse and co-leader of the team “Catalysis and Fine Chemical” within the LCC. She is the task leader of “dissemination and exploitation strategy” of WP7 (outreach and public engagement). She also participates in the supervision of ESR4.

Founded in 1969 , National Polytechnic Institute of Toulouse is a French university cluster based in Toulouse, part of University of Toulouse. The Institute is composed of seven schools (six engineering schools and one school of veterinary medicine) and 17 research laboratories.

Martine Urrutigoïty is Professor at the National Polytechnic Institute of Toulouse  and  she is responsible for the chemistry department of INP-ENSIACET (Toulouse Graduate School of Chemical, Materials and Industrial Engineering).  She  works in  the team « Catalysis and Fine chemistry » within the LCC beneficiary, she is PhD co-supervisor of ESR2 and the leader of WP5 « catalytic studies ».

IFP Energies nouvelles (IFPEN) is a major research and training player in the fields of energy, transport and the environment. From research to industry, technological innovation is central to all its activities, structured around three strategic priorities: sustainable mobility, new energies and responsible oil and gas

Dr. Lionel MAGNA graduated from Ecole Supérieure de Chimie Physique Electronique de Lyon (CPE) in 1997 and received his PhD degree in chemistry from the University Claude Bernard (Lyon) in 2000. . He is currently in charge of the development of new catalysts and processes in the fields of refining and petrochemistry (project manager). He particularly explored olefins oligomerization reaction using homogeneous catalysts.

Tecnalia Research & Innovation is a private, independent, non-profit applied research centre of international excellence. Legally a Foundation, TECNALIA is the leading private and independent research and technology organisation in Spain and one of the largest in Europe, employing more than 1,400 people (248 PhDs) and with an income of 115 Million € in 2019.
The whole team at TECNALIA has one GOAL: to transform technology into GDP, meaning wealth to improve people’s quality of life through generation of business opportunities for industry.

Dr. Soraya Prieto Fernández Graduate in Chemistry (2002), and Ph.D. in Chemistry (2009) from the University of the Basque Country, (Spain). Since 2014, she is Project Manager and since 2018 leads the group of Sustainable chemistry of TECNALIA R&I. She has taken part in several European projects. She is member of BIC, BIOPLAT, SUSCHEM and PTECO2, author/co-author of several papers and conference communications in national and international forums and she is holder of 3 patents, all of them in the bioproducts field.

Henkel operates worldwide with leading innovations, brands, and technologies in three business areas: Adhesive Technologies, Beauty Care, and Laundry & Home Care. The company holds leading positions with its three business units in both industrial and consumer businesses thanks to strong brands, innovations and technologies. Founded in 1876, Henkel looks back on more than 140 years of success. The DAX-30 company has its headquarters in Düsseldorf, Germany. Henkel employs more than 52,000 people worldwide.
Henkel Adhesive Technologies is leading with high-impact solutions in adhesives, sealants and functional coatings worldwide. The business unit serves around 130,000 customers in over 800 industrial areas with tailor-made products and technologies used in a wide array of consumer goods and industrial products. 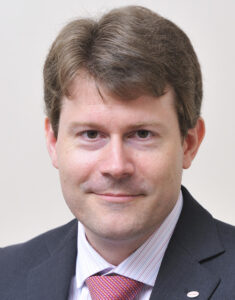 ias Wegener and expert colleagues from Henkel Research & Development will host 2 students for a secondment in the brand new global Innovation center under construction on the site of Henkel HQ in Düsseldorf Germany.

Johnson Matthey PLC is an international company founded over 200 years ago in London, with a focus on sustainable technologies. We’ve built a global presence with significant operations in more than 30 countries and employ 13 000 people worldwide. Our business is organised in four sectors: Clean Air, Efficient Natural Resources, Health and New Markets. More than half of JM’s products have a direct environmental benefit, a figure that is set to increase as a key part of the company’s growth strategy is to focus on emerging environmental opportunities. 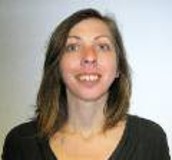 Dr. Elena C. Corbos is a principal scientist in the Catalysis and Materials group at Johnson Matthey Technology Center, Sonning Common, UK. Her research focuses on batch and flow synthesis of nanomaterials and their characterization, with applications in the area of heterogeneous catalysis for fine chemicals industries and energy. Elena graduated from Poitiers University, France, in the field of Environmental Catalysis. Shortly after graduating, she joined National Institute of Advanced Industrial Science and Technology in Tsukuba, Japan, where she continued her research in the field. She joined JM as a Marie Curie fellow in 2012.

Established in 1904, Elkem is one of the world’s leading companies in the environmentally responsible manufacture of metals and materials. Elkem is a fully-integrated producer with operations throughout the silicon value chain from quartz to silicon and downstream silicone specialities as well as speciality ferrosilicon alloys and carbon materials. Elkem consists of four business areas: Silicones, Silicon Materials, Foundry Products and Carbon.

Dr. Jean-Marc Frances is a Technology & Scientific Coordinator for Elkem Silicones R&D, and is in charge of Incubator projects fueled by Open Innovation

Solvay is a global leader in advanced materials and specialty chemicals. its tailor-made range of products and constantly evolving market solutions offer everyday sustainable solutions for next-generation transportation, resource efficiency, consumer goods, healthcare, and industrial production to easily accommodate every single one of the ever-changing demands. 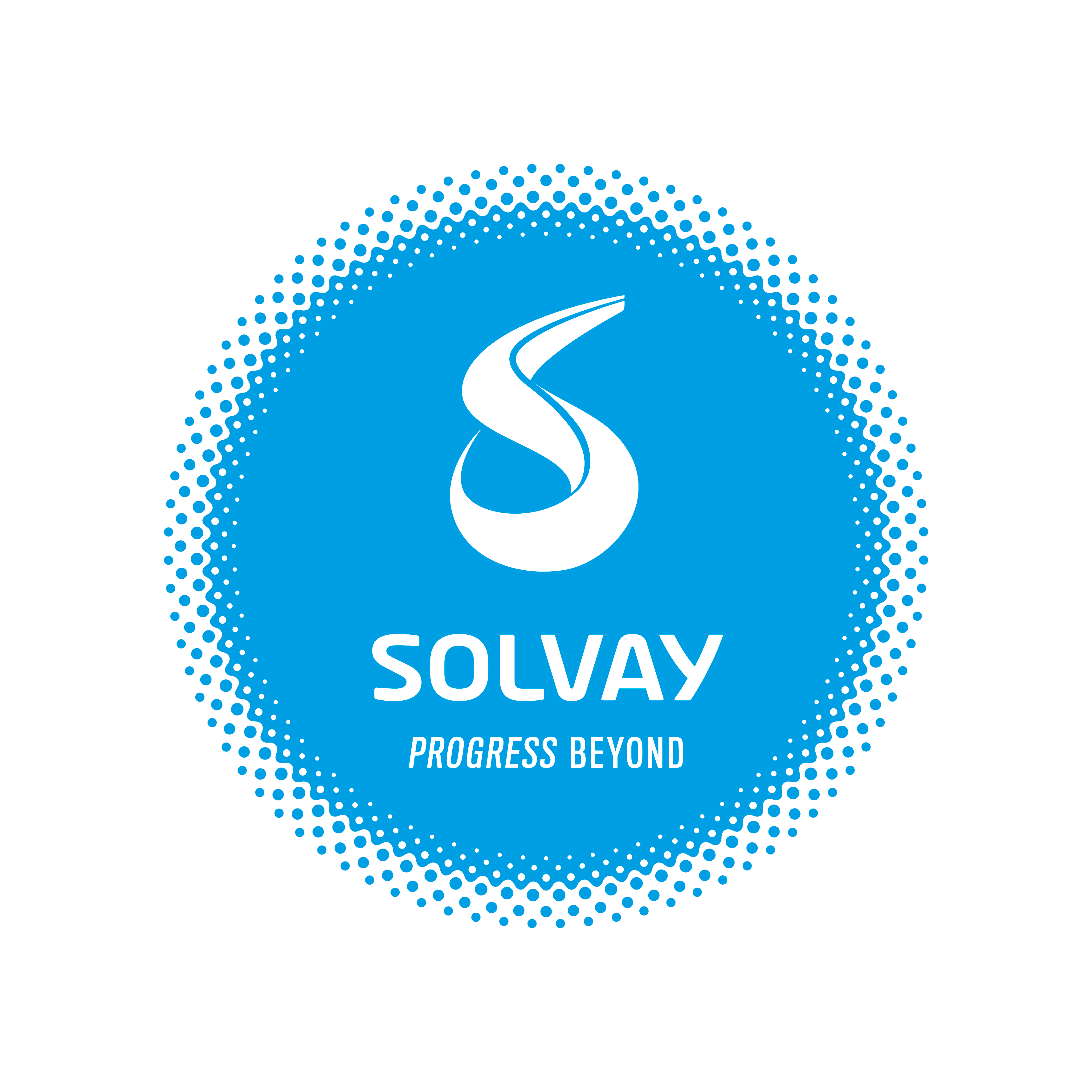 Dr. Philippe Marion graduated from the National Chemistry School of Montpellier and received his PhD degree in organic chemistry and heterogeneous catalysis from Lyon University in 1990 under the supervision of Dr M. Joucla and Dr J. Jenck in a joint lab between Rhone Poulenc and CNRS. Hired by Rhone-Poulenc where he held different positions as researcher then project, team and department managers always within Rhone Poulenc, Rhodia then Solvay. His research has driven to the development of many different products and processes in the field of Specialty Chemicals and Performance Products. Today, he manages Advanced Organic Chemistry for Solvay R&I while being Solvay fellow scientist.

Italmatch is a leading innovative Chemical Group, specialized in Performance Additives for the Lubricant, Plastics, Water & Oil markets. The company has a wide range of Specialty Chemicals to satisfy most demanding applications, including Personal Care.
New Water Technical Excellence Centre has been opened in Arese, and together with the lubricant Excellence will become the « heart » of the new development R&D pipeline of the Group.

Dr. Frédéric Bruyneel is the global Chemical Innovation Manager. After receiving his Ph.D. from the Universite Catholique de Louvain in 2009 with focus on biocatalysis, he joined the Group of R. Neier in Neuchatel working on organometallic catalysts and high-pressure hydrogenation. In 2012, he joined the startup of Dequest called AIT and focused on the use of P4O6 as building block in phosphorus chemistry. Since 2013 he is part of R&D department of Italmatch Chemicals dedicated to Advanced Water Solutions.

BASF is a German chemical company and the second largest chemical producer in the world. The BASF Group comprises subsidiaries and joint ventures in more than 80 countries and operates six integrated production sites and 390 other production sites in Europe, Asia, Australia, the Americas and Africa.] Its headquarters is located in Ludwigshafen, Germany.